Skip to content
You are here
Home > Cypriot Wine > George Kassianos: The Godfather of Cypriot Wine 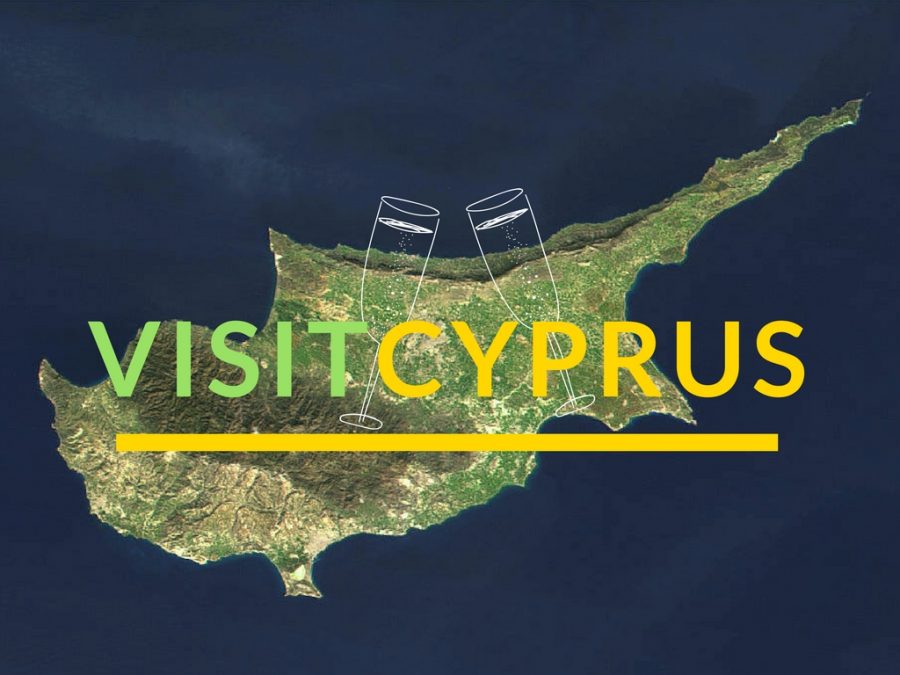 George Kassianos is the president of the Cyprus Sommelier Association and the operations manager at Annabelle Hotel in Paphos, Cyprus. In February, together with Cyprus Tourism Organisation, Mr Kassianos put together a two-week long wine trip for us to research Cypriot wine and explore the culture of his motherland. In this interview, he shares with us about the past, present, and future of the wine from this special Aphrodite’s island.

It started in London when I was studying the oenology part of a Hotel Management course. I decided to learn more about wine by participating in Master Sommelier courses. I started working as a sommelier in 92 Park Lane, a two Michelin-starred restaurant in London. My hotel career began at Annabelle Hotel as an Assistant Food & Beverage Manager. The wine culture started there back in the 90s. Although I left Annabelle in 2005, I came back as the Operations Manager in 2012, a position I still hold today. In 2008, I became the President of the Cyprus Sommelier Association. We currently have the opportunity to host the ASI “Best Sommelier of Europe” competition.

“Wineries need to move toward maintaining their own vineyards. Investing in young, educated winemakers and viticulturists should be a priority.”

The history of winemaking in Cyprus can be traced back to 6,000 years ago. In 2005, a team of archaeologists concluded that the wine jars that were discovered in Erimi in the 1930s were the oldest of their kind in the world dating back to 3,500 BC. This suggests that the first wines of the Mediterranean area were produced in Cyprus, long before the existence of the Paphos mosaics that depicts Dionysus, the god of wine. It is believed that the Egyptians and Phoenicians brought wine to Cyprus, but it was the Greeks that developed winemaking on the island. The sweet wine of Cyprus called Nama was praised by Homer and Hesiod.  The wine was popular during the Roman period too with references from visitors and historians.

In the past, there were not many references to winemaking in Cyprus. This all changed when the Crusaders came to Cyprus in the 12th century. They increased the production of Nama and renamed it ‘Commandaria’. It became the most sought-after wine in Europe and a valuable export commodity for the island.  It flourished under the Lusignan and Venetian rule and was heavily exported.

Wine production suffered under the Ottomans. Heavy taxation to vineyard owners and wine production resulted in the destruction of many vineyards. British occupation in 1878 brought a revival to the winemaking industry. The largest wineries of the island—EKTO, KEO, SODAP, and LOEL—were founded after this time.

Cyprus was never affected by phylloxera, Consequently, the demand for Cyprus’s grapes and wines combined with the relatively high prices resulted in a mini boom for the industry. Further demand in the early 20th century came from local consumption and from the regional forces of Britain and France in the Middle East. Cyprus was producing good-quality cheap wine and brandy, and the big four companies prospered as a result. The next big export product came in the form of Cyprus Sherry. Cyprus was exporting millions of liters to the UK and the Soviet Union during this time.

The 20th century brought the protection of the Sherry name and the collapse of the Soviet Union. This devastated the local wine industry in the 1990’s. In response to the challenges faced by the industry, the Cyprus Vine Products Commission began its efforts to overhaul the sector in order to help it survive. Reforms were intended to improve the quality rather than quantity of wine. Three initiatives were launched:

“Euripides called it the ‘Cyprus Nama,’ the nectar of gods.”

The future lies on Cyprus’s indigenous varieties.  Cyprus needs more white wine varieties like Spourtiko, Promara, and Morokanella. The reds Maratheftiko and Yiannoudi show promise. We need to aim more in the €5 to €15 bracket and avoid the low-cost wines. Wineries need to move toward maintaining their own vineyards. Investing in young, educated winemakers and viticulturists should be a priority.

Here are a few things that I’ve noticed. The imported wines are better and cheaper in some cases. The vineyard situation; many vines have been uprooted. Existing vineyards required high cost to maintain and there are too many owners due to inheritance laws. On top of these, no one wishes to work in the vineyards anymore. The high cost of production and labor is a concern. This affects the competitiveness of Cyprus wines abroad. In addition to these, many wineries have no successors and are sold to foreign entrepreneurs. This obviously doesn’t contribute to the development of winemaking tradition.

It is Commandaria, a delicious dessert wine with natural amber-honey color. It is the oldest wine in Cyprus and—thankfully—still in production today. This unique wine is produced from mature, sun-dried grapes of the varieties called Xinisteri and Mavro, and then aged in oak for a minimum of two years. Commandaria is produced in only 14 villages located on the slopes of the Troodos Mountains. The beginning of this wine is said to date back to the time of the ancient Greeks, 4,000 years ago, when it was a popular drink at festivals that celebrated the goddess of Love and Beauty, Aphrodite. Euripides called it the ‘Cyprus Nama,’ the nectar of gods. The name ‘Commandaria’ however dates back to the crusades in the 12th century. It was greatly enjoyed at the wedding of Richard the Lionheart and he pronounced it as “the Wine of Kings and the King of Wines”.

Of course, it was Commandaria. It was the only Cypriot wine I was proud of in the early 80s. When I came back to Cyprus in 1989, the KEO Heritage (the first Maratheftiko) and Ayios Andronicos (the first Xynisteri/Xinisteri from high-altitude vines) drew my attention. After tasting those wines, I knew that Cyprus wine has a great future.

My favorite of recent memory was grilled sea bass with red wine sauce and aubergines paired with a Peter Lehmann Shiraz 2001 from Barossa (Australia) and a Makkas Syrah 2007 (Cyprus) in a Riedel Riesling glass at 16°C.

The uniqueness of its indigenous grapes and excellent sweet wines.

During our one-week stint in Paphos, we stayed at Annabelle Hotel where Mr. Kassianos is the operations manager. The hotel has four restaurants including Mediterraneo, which features a weekly local music and dance performance and buffet spread of traditional local cuisine. We had the opportunity to attend this weekly event and had a great time. The buffet dinner at Mediterraneo was, in fact, one of the best meals we had in Cyprus.

Play the video below to check out some of the highlights of the evening:

The room at Annabelle Hotel is modern, new, clean, and comfortable, with a huge balcony overlooking the Mediterranean. The breakfast spread is extensive, featuring local produce and hot food. We appreciate the hotel staff very much as several times, they’ve gone out of their way to help us. In one case, a service manager took Matt’s jeans to a tailor for patching, after he ended his shift at the hotel! Mr George Kassianos puts on a weekly Cypriot wine tasting for guests at the Annabelle. If you are a wine lover visiting Cyprus, Annabelle is most certainly the best option for you to live, learn, eat, and drink the Cypriot culture. What’s more? You’ll get to interact with Mr Kassianos who is incredibly knowledgeable about many things.

Related
Vouni Panayia: Confidence in the Cypriot Wine Grapes
Your Cheat Sheet to the Wines of Cyprus, Part I
Facing Our Fears: Cypriot Wine

Stay tuned to our website for more in-depth articles and videos on the Cypriot wine scene.

Disclaimer: Our trip was partially sponsored by the Cyprus Tourism Organisation, The Annabelle Hotel (Paphos), and Saint Elena Hotel (Larnaca). A few wineries provided us tasting samples, but most of them simply gave us their time. The opinions expressed in this article are our own and we are under no obligation to give favorable reviews.