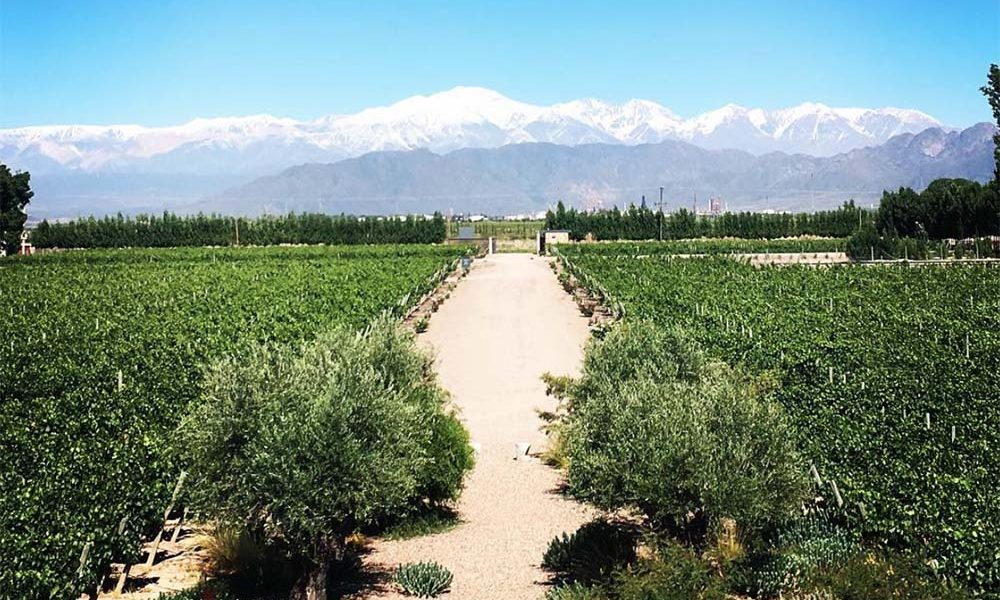 We are thrilled to welcome Exotic Wine Travel’s first guest writer: Amanda Barnes. Amanda is an award-winning wine communicator specializing in the wines of Argentina, Chile, Uruguay, Bolivia, Peru, and Brazil. In this article, she recommends six wines from South America that exotic wine travelers should seek out.

South America has a diverse landscape of wine regions and wine varieties – here are six South American wines you need to know about!

This Mediterranean variety made its way to Chile in the early 20th century in order to add more color, acidity and tannin to the local Pais grape in the central and southern wine regions of Maule and Itata. Today Chilean winemakers are rediscovering the variety through the beautiful old vines (usually between 40 and 100 years old) in the dry harvested ‘secano interior’ and are making exciting Carignan wines. There’s an appellation-style association, called Vigno, where 15 producers only make old vine Carignan in Maule.

The Muscat vine was one of the first to come to South America (along with the Criolla/Pais grape) and is still widely planted around South America with Muscat wines made in Peru, Bolivia and Chile. In Argentina the Muscat vine crossed with the red Criolla vine and produced the most famous native grape vine of South America – Torrontes. Best known from the northern regions of Salta and La Rioja, Torrontes grows well at high altitude and produces light white wines with aromas of jasmine and tropical fruit and can be made in both dry and off-dry styles.

The rediscovery of Carmenere is one of the best wine stories. This Bordeaux variety was believed to have completely disappeared following the phylloxera endemic in Europe, however – unbeknown to anyone – some French cultivars of the variety had been taken to Chile a few years before phylloxera spread.

Throughout most of the 20th century it lay undiscovered in Chile until a French ampelographer happened across it in 1994. This small discovery led to Chile becoming the world’s largest – and practically only – Carmenere producer. Today it is vinified as a rich and spicy red wine with peppery notes.

This highly tannic red variety is Uruguay’s flagship grape and the small South American country is the world’s biggest producer of Tannat with over 40% of the world production. Plantations of Tannat were originally centered around the wine region of Canelones but today Tannat vineyards are just as common along the coastline and the interior of the country. Argentina’s high-altitude wine regions near Salta are also popular for Tannat.

A ground floor view of the harvest in Uruguay. Picking grapes is sticky business and many pickers prefer to get their feet sticky, instead of their shoes. Who could blame them on a warm sunny day with the soft clay soils of Canelones? Here is a bunch of Tannat, Uruguay's trademark variety. It is also one of the darkest coloured grapes of them all, meaning most toes and fingers get stained dark purple for the harvest months 🍇

Cabernet Sauvignon is the most planted grape variety in the world making it quite hard for any wine country to really stand out for their production. However Chile has achieved international fame for its high-quality Cabernet Sauvignon especially in the regions of Maipo (where two of Chile’s most renowned wines – Almaviva and Chadwick – come from), Aconcagua and Colchagua, although you can find Cabernet Sauvignon vines in most wine regions of the country (it is also Chile’s most planted variety). Chilean Cabernet is particularly noted for its rich cassis aromas with notes of mint and eucalyptus.

The vinous queen of the continent, Malbec is grown all over South America however it is in Argentina where it reigns supreme. With over 80% of the world’s Malbec production in Argentina, this is the variety that put South America on the map in terms of worldwide fame. The Uco Valley in Mendoza is one of the prime spots for top quality Malbec although you’ll find a wide range of Malbec expressions from the many different regions specializing in it. In general Malbec has notes of red fruits, plum and violet which compliment rich fruit concentration and smooth tannins.