Skip to content
You are here
Home > Travel in Italy > Up close and Personal: Lighthouse of the Mediterranean 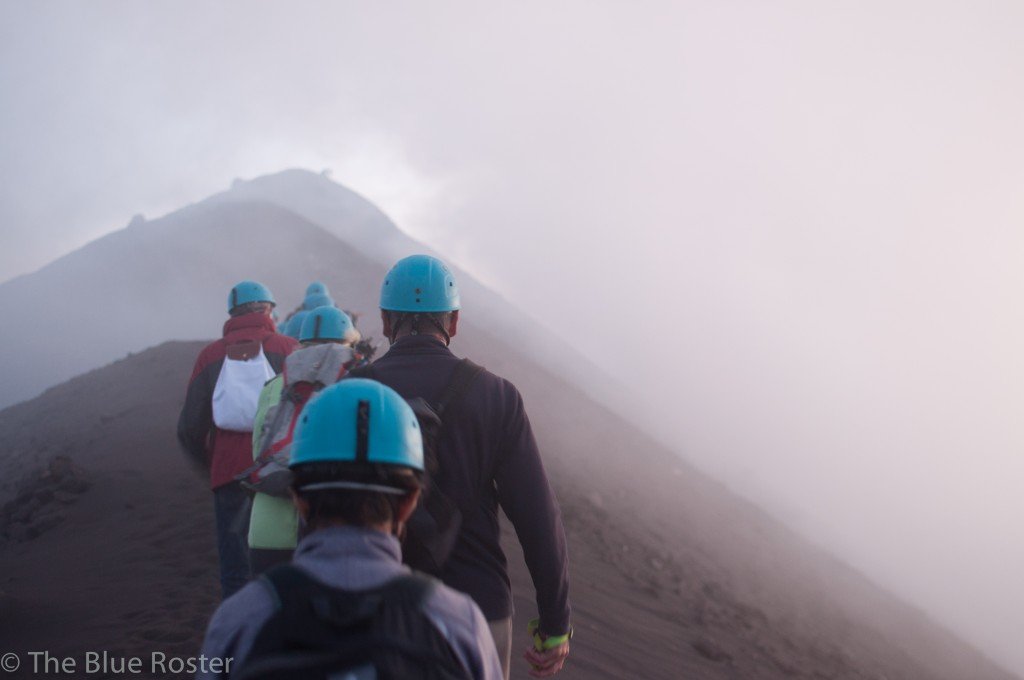 We were in the middle of the sea, staring into the darkness at a pit spewing a fountain of fire. It wasn’t a serene moment, Charine and I shared the view with about sixty people. We weren’t at wuthering heights, the peak was a pedestrian 924-meter high. It wasn’t bitterly cold, although we needed jackets and gloves to protect us from the wind that came from the open Mediterranean. But viewing Mount Stromboli was a very special experience for me.

Before choosing to attend Chiropractic college and before stepping a foot abroad, I was a student at Michigan State University—studying to become a geology and chemistry teacher. Michigan State did not have a volcanology department, but a few of our classes touched on the subject of mountains that eject molten rock. To me, volcanoes are fascinating particularly because they are shrouded in mystery and it is difficult to get close to study them. Besides a few select mountains, it is hard to predict when an eruption will take place. These elusive works of nature also show up in some of the most exotic destinations on planet earth.

When studying the different types of eruptions in school, one caught my eye—the one classified as Strombolian Eruption. The word Strombolian intrigued me. At that time, I was still a broke college student who had limited worldly and cultural experience. The only image that came to mind when I heard that word was a simple microwaveable pastry that faintly tastes like a pizza. As I found out later, Strombolian Eruption is a term used to describe the type of eruption that sprays fire and lava like a fountain. The term is named after Mount Stromboli which has been erupting continuously for the last 2000 years.

I remember seeing a photo, in National Geographic magazine, of  Mount Stromboli erupting at night. At that time, I was finishing up college and still had never been abroad–you can imagine how wild, unique, and a world away the photograph appeared to me. The photo left a powerful imprint that I continued to carry in my mind for many years after college.

Mount Stromboli: Lighthouse of the Mediterranean

In June 2015, twelve years after looking at that photo, our ferry docked at the Stromboli island. We were greeted by a black sand beach and close up panoramic views of the symmetrical cone. The mountain looked like a perfectly shaped triangle rising out of the sea, complete with the occasional mass of smoke coming out of the apex.

Immediately Charine and I signed up for a guided summit hike. The process was straight-forward; the €30 per person fee included the walk up the Stromboli volcano at sunset, thirty minutes to view the eruptions, and the walk down—all packed within a five-hour window. The guide was entertained as I handed over the cash, my excitement could not be contained.

Our group of 17 gathered at 6 p.m. for our date with Mother Nature. Much to my dismay, our “guide” was hardly that; he spoke only Italian and said very little during our pre-hike briefing. With that, the walk began. 924 meters (3,034 ft) didn’t sound like dizzying heights for a mountain but the walk was straight up from sea level. The trek up was more strenuous than we expected, but not technically difficult. It did not help that our guide said nothing and simply had his head down while he walked at a slow but steady pace. Occasionally the group stopped to gain their breath, the guide would then mumble a few words and then pressed on.

The path changed from wide with multiple switchbacks to nonexistent. The scramble straight up near the top was a 60-degree slope up black volcanic glass. A stench of sulphur started to fill the air and we began to cough. The guide handed out paper masks, I pretended to look ridiculed as I put it on but was secretly rejoicing. My glasses fogged up as I breathed through the mask. The weather had changed from hot and balmy to nearly freezing in the span of about two hours.  The wind was biting and dust was ubiquitous. The combination of dust and gases from the crater stung my eyes.

Then there was the view—the sun set over the open sea and light weaved its way around the smoke from the crater. We stared into the horizon and saw nothing else but clouds and smoke. The group stood idle for 15 minutes. “Is this it?” I couldn’t help but wonder. I looked around and it seemed like the same question was going through everyone’s mind.

Suddenly our guide walked forward and waved for us to follow. We walked along a narrow ridge to a point where it dropped straight down into the Mediterranean Sea, and then I looked right.

One hundred meters away and there was a source of smoke rising straight up into the air. The crowd stood completely still and watched. Charine and I moved closer to the edge and were taken back by a loud boom followed by a shower of red liquid sprayed upward. Then again and again, within the span of thirty minutes, five eruptions took place. The fountain of fire reached various levels in height with each eruption but all were nonetheless spectacular. Each bright red explosion was fully visible over the canvas of the pitch black sky.

Was it surreal? Absolutely, the eruptions were breathtaking and unlike anything I have ever seen. The most surreal part was being able to do something that seemed a world apart a decade prior. It’s amazing that we have this power to transform something that seems intangible to the tangible. Dare to dream and you might be amazed what happens to you as well.